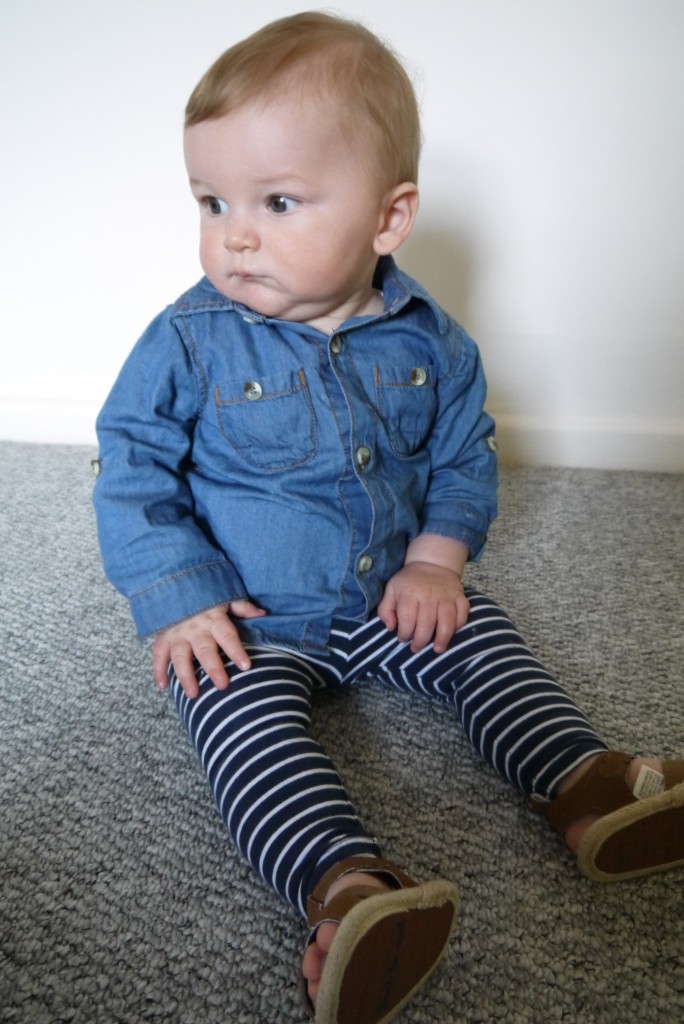 I’m not sure how we’ve got here, but Seb is now 8 months old!

First things first, Seb has nailed the whole “sleeping through the night” thing and I don’t think I’ve ever felt so ALIVE in all my life. I am also back at work 2 days a week and Seb is in nursery, which he seems to be loving. I’ve had the recent guilt struggles, not so much of leaving him, but not feeling too guilty about it. I love working, I always intended to go back and I love feeling like me again. I know that he will be having a great time at nursery but the horrible mind games of guilt for mum’s putting their babies in nursery, urgh it’s horrible! But as time has gone by (I’ve been back almost a month), it’s now much easier and my mind is much more rested during the day.

Seb absolutely loves his food. We’ve been Baby Led Weaning (more on that soon) and I could not recommend it enough. It is so easy, and to see Seb loving his food is just so amazing. His favourite foods are mangos (literally, we go through about 5 a week), bananas, fruit in general and sausages. He has 3 meals a day and snacks in between.

Seb has been commando crawling for around a month now and I genuinely do not think he will crawl properly before he walks! This week Seb used his walker on his own for the first time, with a huge grin on his face! He loves to make his way walking around the furniture too and is just loving his new found independence! We’ve not really “baby proofed” the house to be honest. There is a stair gate up stairs which was absolutely crucial but we seem to be getting away with just that for now. We’re in the loosing battle of trying to teach Seb the word NO. It’s not going too well, but he is certainly understanding now when he is doing something he shouldn’t (i.e. obsessed with climbing onto the fireplace…)

I am still breastfeeding! Although this week I made big progress and finally stopped the day feeds. Its been a little while coming, he has refused milk at nursery for around a month and didn’t seem interested in feeding during the day. I’m not too sure how I feel about it. Part of me feels so sad that we don’t have those lovely bonding moments during the day, but part of me also feels so free. I can be out for the whole day and I won’t have to worry about expressing or rushing back to feed. We’re only a few days in, but I’m loving my new found freedom already!

So there is it, my little baby is 8 months old! Don’t forget to follow along with us on my Instagram and the hashtag #LittleSoutherner!