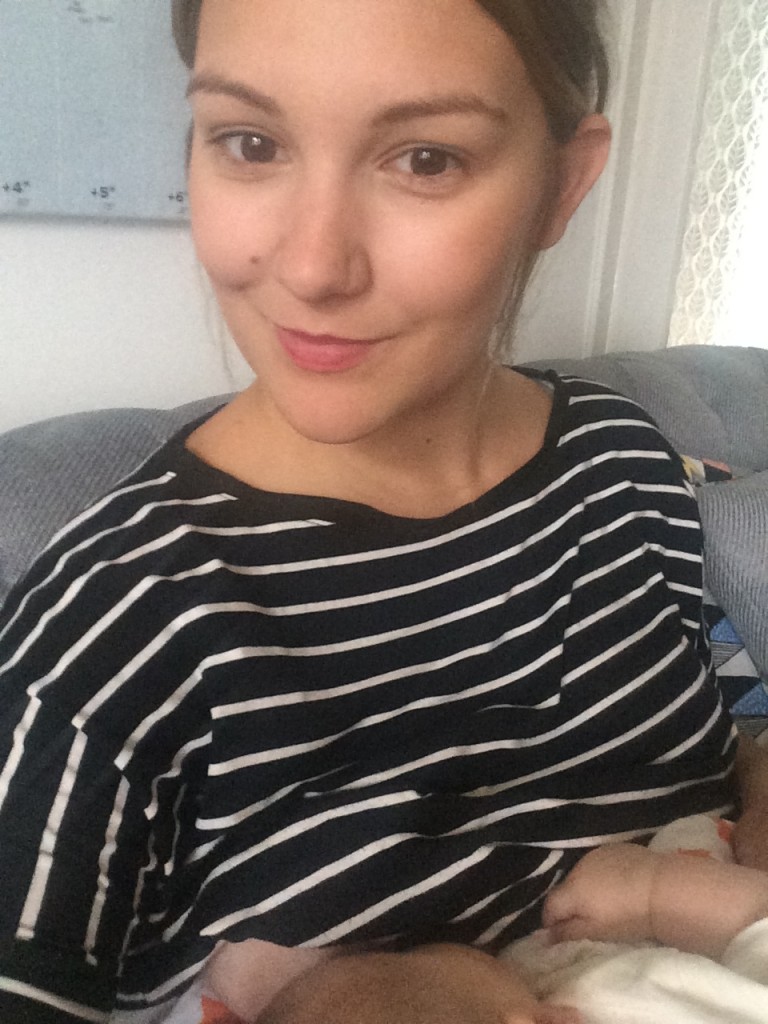 So things are going to get a little boobie and personal over here for this post so if you’re not a mummy/future mummy/have a strange interest in breastfeeding, then you may want to scroll through for this one!

If you read my Breastfeeding post a few months back you’ll know my early struggles but I’m pleased to report we’ve passed the 6 month mark and Seb is still 100% breastmilk (no formula)! Initially I had always envisaged giving up by 6 months, but my goal was to reach that point with that view that Seb would be weaned by then. Little did I know how little food a 6 month old will actually eat, and food is only a top up on Seb’s milk feeds at the point of writing this post (6.5 months!) I still feel like a milk machine! Don’t get me wrong, his milk feeds are less often and shorter in feeding time, but I’m still feeding 5+ times a day and he has breakfast, lunch and dinner. Crazy. Hungry. Baby.

I wanted to address a few points I made in my last post and update on a few newer discoveries, so here it goes!

At around 10 weeks I went back to the breastfeeding support group and asked for advice on how to get Seb off the nipple shields. I had no issue using them, but the sterilising/remembering/and general convenience was a little frustrating at times. They gave me a few tips but Seb would still not feed without them. I sort of gave up trying and carried on for a few more weeks. At 15 weeks, I had a weird urge to not use them one feed and he latched on straight away! I thought it was a fluke but several days went by and we still hadn’t used them. We had finally got there! I don’t think there was any “nack” involved as such, I think the timing was right and his mouth had developed enough to feed without them. So if you’re using shields too, don’t give up and keep going! I promise you, feeding without them is just around the corner.

I’ve been successfully expressing for months so that Seb had enough milk when I returned to work for some KIT days. However since the introduction of food I have certainly noticed a reduction in my milk supply and it is becoming increasing difficult to express. Where I would successfully express 5/6oz in one sitting a few months back, I am now only expressing around 2/3oz which is just not enough for my hungry baby! I am going back to work in a few weeks so really need to crack this routine. I have spoken to a few breastfeeding people (mum included) and they have recommended setting a routine for expressing every day. This way I can build up my supply for the extra “feed” and should have more milk. I’ve ordered some of the Lansinoh Breastmilk Storage bags to pop in the freezer and we should be good to go. I’m still loving my Medela Swing and could not recommend it enough. Although there really is no hiding the sound of the machine! At my work christmas party in December I was expressing in the toilet (thanks to a completely glass walled office and meeting rooms) and one of the girls walked in and was completely disturbed by the sound!

Something I have heard so many mum’s say! Then you reach that point and you’re like, oh well I may as well carry on!

Breastfeeding a 6 month old in public

Discretion has always been one of my top priorities when feeding Seb in public. I understand that some people may feel uncomfortable and not that I really care what they think, I would just rather not attract any attention to myself. I will always try and position myself so I am not facing a whole restaurant for example and normally always succeed in not attracting too much attention. However, it is becoming increasingly more difficult to feed Seb without some unwanted attention! If it’s not that fact that he is huge then it’s that he is pulling my top up completely revealing myself. Things are getting tricky so I’m looking forward to dropping some of the day feeds as he increases his food supply!

Around a month ago I stopped wearing daily breastpads. I had real trouble with oversupply and quick let down so I had to layer up on the breastpads daily. I don’t really get any leakage now which is a huge relief and saves me from any embarrassing situations! Bra wise, I have just purchased another 2 pack of the maternity t-shirt bras from M&S. My last set have lasted around 3-4 months which I don’t think is bad for 2 bras that are worn on rotation and washed ALOT.

Big nights out have yet to return to my social calendar. Although I was never a big drinker, I’d enjoy a night out a nurse a hangover the next day. I now only have a few glasses of wine in any one sitting, mainly because it goes straight to my head! I’m not missing my former partying self (who am I kidding, it was a rare occurrence!) and I pretty content on a few glasses. I also have to consider looking after a baby with a hangover which I would not wish on anyone! Food wise I eat whatever I want. I no longer stray from the very spicy foods and drink multiple coffees a day. Seb doesn’t seem to have a reaction to it anymore which is good news!

I’ve recently made the decision (on intention anyway) to breastfeed Seb until his 1st birthday. Who knows what will happen when teeth come into the equation but I really want to try and feed him for the first year and make the transition onto cows milk.

And finally… breastfeeding in the media.

This has frustrated me recently for many reasons. Firstly, I do not understand people who have an issue with a mother breastfeeding their babies in public. Secondly, I do not understand mothers who breastfeed in public with absolutely no discretion at all and just (well frankly) let it all hang out. I’m not sure the best reaction to the Selfridge’s scandal was for a whole bunch of women to breastfeed on the streets outside.  In reality, I wouldn’t sit on a street and force my baby to breastfeed. Very odd. But then there is this whole generation of people who are so obsessed with the sexual image of breasts and I think that is sad too.

I have had two occasions where people have approached me when I have been feeding Seb. The first was in Ikea and a lady walked over, put her hand on my shoulder and said “well done for breastfeeding, you’re doing great”. The second was an old lady in a coffee shop and said something similar. As feel-good as it is for someone to tell you you’re doing a good job, I not too sure how I felt about it. It was almost if they felt compelled to say something to me because of all the news of breastfeeding in the media. Maybe not.

So there we have it! My 6 month breastfeeding update! I really hope that if you’re pregnant and planning on breastfeeding, that you have taken some good tips from my breastfeeding posts. Please let me know if you have any questions or anything else you’d like me to cover?